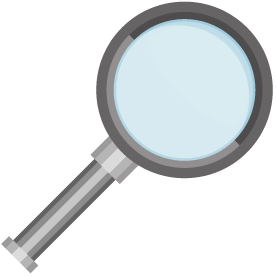 As part of its “Fiscal Year 2013 Agency Financial Report” released by the Securities and Exchange Commission (“SEC”) on December 17, 2013, the SEC discussed how the agency’s new and “more aggressive enforcement actions” fared in 2013. According to the report, the SEC ended the fiscal year of 2013 with 686 enforcement actions, including 402 in the last six months of the year. Furthermore, the SEC stated the resulting disgorgement and monetary penalties arising from these enforcement actions totaled $3.4 billion. This number represents a ten percent (10%) increase from 2012, when monetary penalties from SEC sanctions totaled $3.1billion, and a twenty-two percent (22%) increase from what was seen in 2011. The SEC cited several reasons for this increase, including a more effective examination program, strengthening market structure, and the information obtained by those those in the industry in the form of “whistleblowing” tips. According to the SEC, it received an estimated 3,238 tips during the fiscal year and paid out more than $14 million to whistleblowers for tips received which led to enforcement actions. For more information on whistleblowers, go here.

END_OF_DOCUMENT_TOKEN_TO_BE_REPLACED

Practice What You Preach – Adherence to Policies & Procedures

The Securities and Exchange Commission (“SEC”) recently ordered a cease-and-desist against hedge fund adviser Agamas Capital Management, LP (“Agamas”). The SEC alleged, among other things, that Agamas failed to adopt and implement written compliance policies and procedures as required by Section 206(4) of the Advisers Act and Rule 206(4)-7. The rule requires investment advisory firms to develop a set of policies and procedures reasonably designed to “prevent violations from occurring, detect violations that have occurred, and correct promptly any violations that have occurred.” Although Agamas had policies and procedures in place, they failed to ensure investor disclosures were accurate, and failed to prevent improper discretionary valuation of securities.

END_OF_DOCUMENT_TOKEN_TO_BE_REPLACED

California’s DBO - On The Cutting Edge of Communication 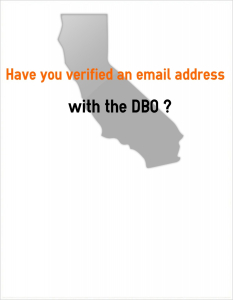 On November 22, 2013, the Commissioner of Business Oversight (“Commissioner”) and the California Department of Business Oversight (“DBO”) issued an order affecting all broker dealers and investment advisers (and any other businesses engaged in financial transactions) which are licensed to do business in the State of California. The order requires licensees to establish within their electronic mail system, a dedicated generic email address to receive electronic mail communications from the Commissioner and the DBO. The purpose of this order is to ensure that all licensees can be reached during an emergency and at other times. The Commissioner seeks to take advantage of “modern electronic communication methods” to deliver the same message simultaneously to all or to a select group of licensees of the DBO. The Commissioner and DBO want to be able to depend upon licensees to receive and respond to communications from the Commissioner in a dependable and timely manner. Below are some tips on creating your firm’s designated email address.