Jacko Law Group, PC (“JLG”) published its monthly Legal Tip, written by its Attorney, Robert Boeche this January. Boeche’s Legal Tip provides an overview of some of the new corporate laws affecting businesses. While this article is geared towards California businesses, several other states have substantially similar laws in place, or are in the process of enacting such laws. Further, out-of-state companies that operate in California are often subject to the rules of the state, so it is important to be aware of how such rules may impact your business.

END_OF_DOCUMENT_TOKEN_TO_BE_REPLACED 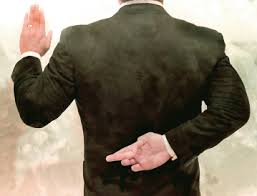 Four individuals have been charged with insider trading by the Securities and Exchange Commission (“SEC”) in an alleged scheme involving two Silicon Valley-based companies. Christian B. Keller (“Keller”), a financial analyst employed by Applied Materials, Inc. and later Rovi Corporation, is accused of using his access to confidential information about the companies to organize an insider trading ring. Keller, along with John Gray (“Gray”), allegedly enlisted Kyle Martin (“Martin”) and Aaron Shepard (“Shepard”) to participate by trading in their respective brokerage accounts. At the time Gray was an analyst at Barclays, Martin was employed at a Beverly Hills car dealership and Shepard worked as a car stereo installer.

END_OF_DOCUMENT_TOKEN_TO_BE_REPLACED 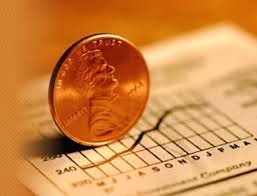 The Securities and Exchange Commission has charged broker-dealer Oppenheimer & Co. (“Oppenheimer”) with two courses of misconduct relating to its customer, Gibraltar Global Securities (“Gibraltar”). Oppenheimer has admitted to the wrongdoing which resulted in a $10 million fine. Oppenhiemer was also fined $10 million by the Treasury Department’s Financial Crimes Enforcement Network (“FinCEN”).

The SEC’s order instituting a settled administrative proceeding states the first course of misconduct involved Oppenheimer “aiding and abetting illegal activity by a customer and ignoring red flags that business was being conducted without an applicable exemption from the broker-dealer registration requirements of the federal securities laws.” Oppenheimer executed billions of shares of penny stocks for Girbraltar, a brokerage firm based in the Bahamas, which was not registered to conduct business in the United States. The SEC found that Oppenheimer failed to file Suspicious Activity Reports (“SARs”), violated tax laws and failed to recognize the resulting liabilities and expenses as part of their books and records requirements.

The second course of misconduct describes Opphenheimer engaged in the sale of unregistered penny stocks on behalf of another customer. The order also describes a failure to respond to red flags, questioning the exemption status of the sales along with a failure to reasonably supervise “with a view toward detecting and preventing violations of the registration provisions” on the part of Oppenheimer.

According to a FinCEN news release, Oppenheimer willfully violated the Bank Secrecy Act by failing to establish and implement an adequate anti-money laundering program, failing to conduct adequate due diligence on a foreign correspondent account, and not complying with requirements under Section 311 of the USA PATRIOT Act.

Andrew J. Ceresney, Director of the SEC’s Division of Enforcement stated that “These actions against Oppenheimer demonstrate that the SEC is fully committed to addressing lax AML compliance programs at broker-dealers through enforcement action. The sanctions imposed on Oppenheimer, which include admissions of wrongdoing and $20 million in monetary remedies, reflect the magnitude of Oppenheimer’s regulatory failures.”

For more information on this and other related subjects, please contact us at info@jackolg.com or (619) 298-2880